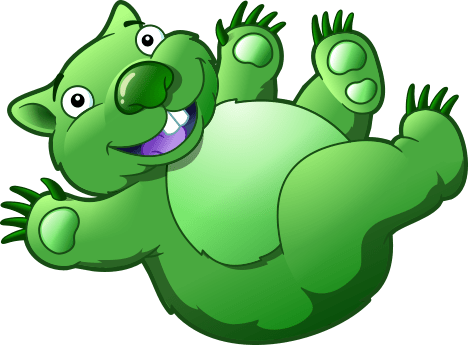 A trip to Montville is never complete until you have paid a visit to fudgyboombahs, the Home of Montville Fudge.

First established in 1996, the store prospered as one of four Granny Mac fudge outlets in the South East Queensland tourist belt. Three years later, the Montville store morphed into Olde Auntie Maureen’s Montville Fudge Factory, and operated under that banner for the next 9 years.

Greg and Gayle have been business owners since 1990. Before becoming better known as Mr. and Mrs. fudgyboombah, the dynamic duo owned and operated their own transport company on the Sunshine Coast for 18 years. fudgyboombahs allows them both to indulge their creative natures, with Gayle being a qualified florist, and Greg having a background in the more technical aspects of graphic reproduction.

Today, there are dozens of new and unusual fudge flavours. Most new ideas come from customer’s suggestions. Gayle is usually the engine driver behind the scenes, literally whipping up hundreds of kilos of fudge each month, while Greg takes centre stage out the front, ably assisted by the rest of the fudgyboombah team.

An old school business, but able to move with the times, fudgyboombahs hopes you enjoy exploring our comprehensive website and online store. Our customers, both old and new, can browse the fudge cabinet from the comfort of their own home, 24 hours a day, 7 days a week. Complimented with a selection from our range of confectionery and nuts.

So dig in, fudge fans. As Mr. fudgyboombah says, “Calories only become a problem when you put all the fudges in your mouth at the same time. So GO HARD or GO HOME!”

fudgyboombahs. The ORIGINAL and the BEST, since 1996.